The Encuentro, organised by ISTO’s Americas section based in Montreal, took place between the 25 and 30 of April this year. The event was organised in collaboration with the Colombian members who hosted it. These included the Instituto Distrital de Turismo de Bogotá, Alcaldía de Medellín and its Greater Medellín Convention & Visitors Bureau, and the Caja de Compensación Comfenalco Antioquia. The cities of Bogotá and Medellín were graced with the presence of over 400 participants, including more than 50 international participants. Throughout the week, ISTO’s members and partners gathered and exchanged with each other, as well as with the Colombian companies and organisations that participated in symposiums in both cities. These companies and organisations were able to present their products and services during the Social Tourism Fair (FET) in Medellín.

The first part of the Encuentro de las Américas de Turismo Social took place in Bogotá. On this occasion, ISTO’s members and partners discovered the Candelaria neighbourhood in the historic quarter. This activity was coordinated by the Instituto Distrital de Turismo de Bogotá, and included a lunch break at Plaza de la Concordia, an iconic location symbolising the city’s social and solidarity economy. Following this, participants moved to the Hyatt Place Convention Centre for ISTO Americas’ annual General Assembly. Here, ISTO’s President Isabel Novoa, and Sergio Rodríguez Abita, the President of ISTO Americas, thanked members for their participation and officially welcomed 9 new members, mainly from Canada, Chile, and Mexico. The 50 participants were present both in-person and virtually, representing 11 member-countries throughout the Americas. Verónica Gómez, Director of ISTO Americas, also presented a report on ISTO’s actions between June 2021 and April 2022. Among other important actions, it can be highlight the Diploma in Sustainable and Social Tourism for the Arrecife Mesoamericano region; various collaborations carried out in the framework of the international partnership with SITCA; and multiple activities - both in-person and virtual - aiming to support members throughout the Americas. This assembly was also the perfect occasion to choose new members for ISTO Americas’ Board of Directors: Comfenalco Antioquia (Colombia) and Red Costarricense de Turismo Accesible (Costa Rica). 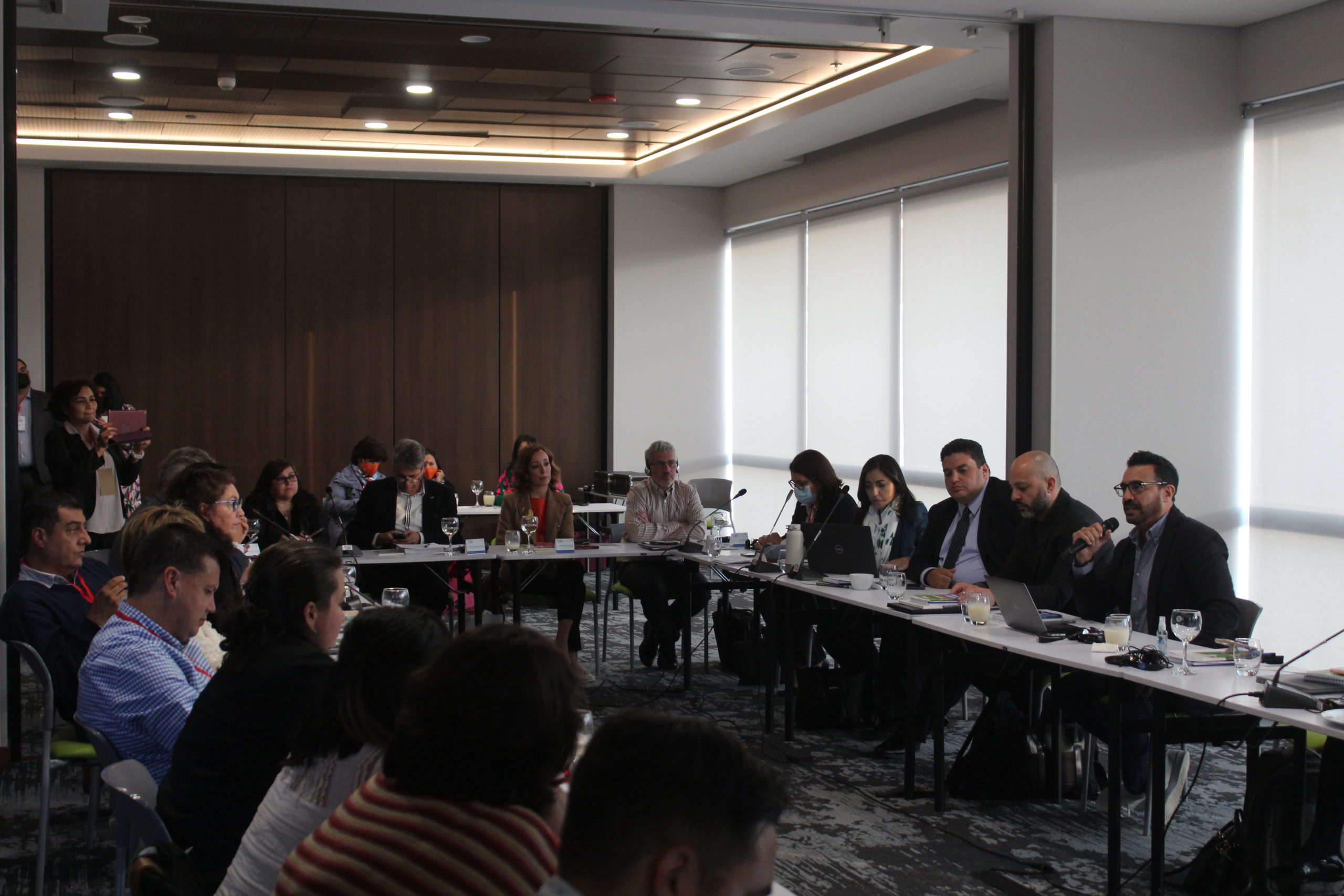 The Bogotá-based section of the Encuentro de las Américas de Turismo Social continued on Tuesday, 26 April, with the Forum for Social, Responsible and Sustainable Tourism. The event centred its discussions and presentations on ethics as a fundamental part of responsible tourism, as well as accessible tourism networks. Thanks to local artisans’ participation, forum participants were able to discover local products. The dance group Otoño Alegre, made up of seniors, organised a dance performance. This Forum marks the beginning of a two-year process during which IDT will lead projects in collaboration with members in the Americas, thus improving the projects led by ISTO’s Working Group on Accessible Tourism. This will greatly assist ISTO’s Americas section in its work throughout the continent. 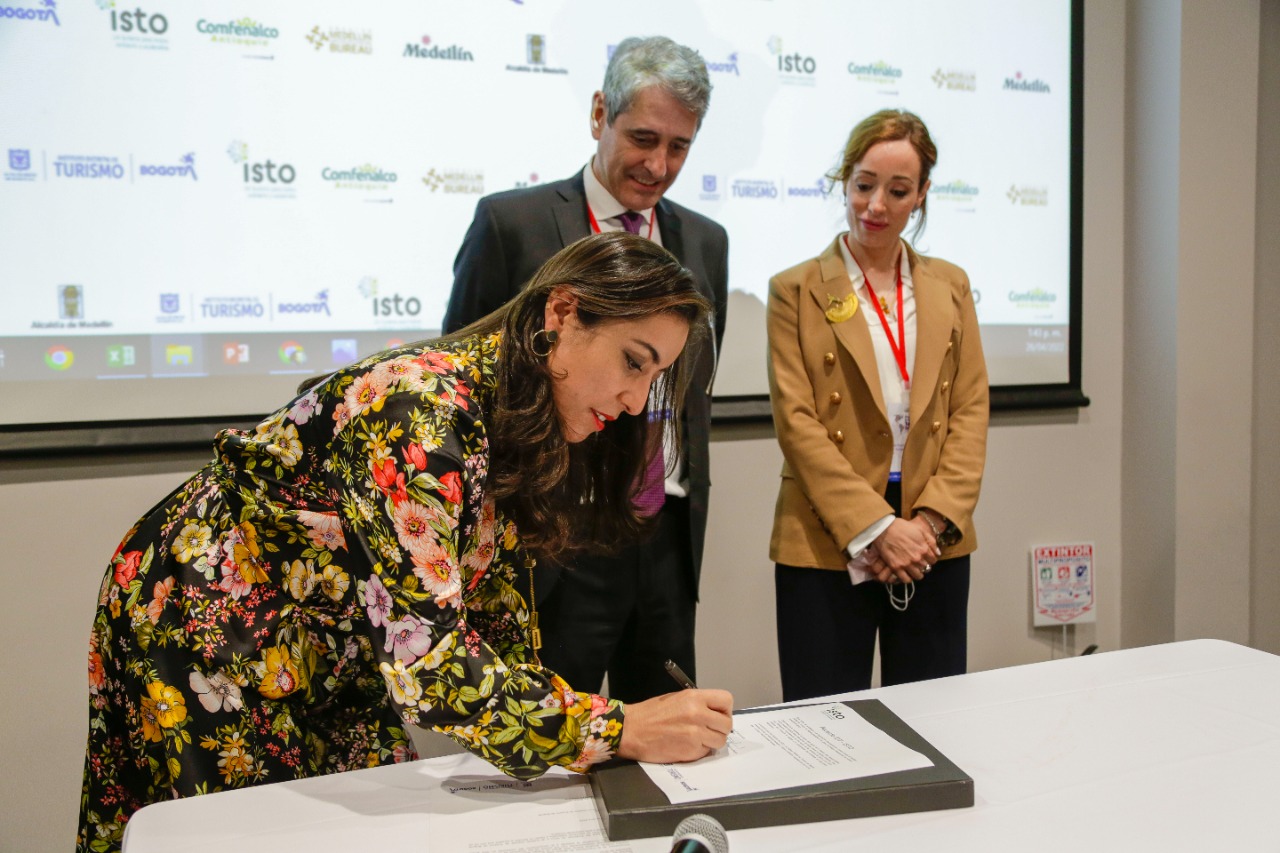 On Wednesday, 27 April, international participants transferred to Medellín for the next part of the Encuentro. This began with the inauguration of the first edition of the Social Tourism Fair (FET Social), an initiative led by Comfenalco Antioquia and supported by ISTO Americas. Participants included Isabel Novoa (President of ISTO), Verónica Gómez (Director of ISTO Americas), Alejandro Arias (Secretary for Economic Growth, of Alcaldía de Medellín), Andrés Clavijo Rangel (Subdirector for the IDT’s Destination Management), and Jorge Alejandro Gómez Bedoya (Director of Comfenalco Antioquia). A ribbon-cutting ceremony was held to open the fair, after which participants toured the premises.

In addition to the Social Tourism Fair and in the same cultural centre (the Teatro Metropolitano), the city of Medellín also hosted two symposiums on 27 and 28 of April. Several panels and talks took place during these events, focusing on the theme of “Tourism as a pillar of social change”. The were presentations from 35 experts from the Americas, allowing both national and international participants to learn about diverse experiences stemming in Colombia and throughout the continent. The themes discussed in the panels included public policies for tourism in Colombia, Argentina, Chile, and Mexico; the social tourism model applied to Colombian welfare funds; women in leadership roles; social tourism as a tool for diversity and inclusion; tourism and the evolution of rurality; and a discussion on reaching well-being through tourism, moderated by Comfenalco Antioquia. The guide for Best Practices in Social, Sustainable and Fair Tourism in the SICA Region was also officially presented. This guide was elaborated in cooperation with the National Tourism Administrations of Central America and the Dominican Republic, SITCA, and ISTO Americas. The closing presentation was given by Dr. Erica Schenckel, who explored the theme of “Social tourism: A post-pandemic trend and opportunity”.

These two days of fascinating presentations finished with a ceremony to pass the baton to the Holiday Centre IMSS Oaxtepec and to the Morelos Secretariat for Tourism and Culture, which will be hosting the Encuentro de las Américas in 2023, in Mexico. This event will also gather ISTO’s members throughout the Americas. 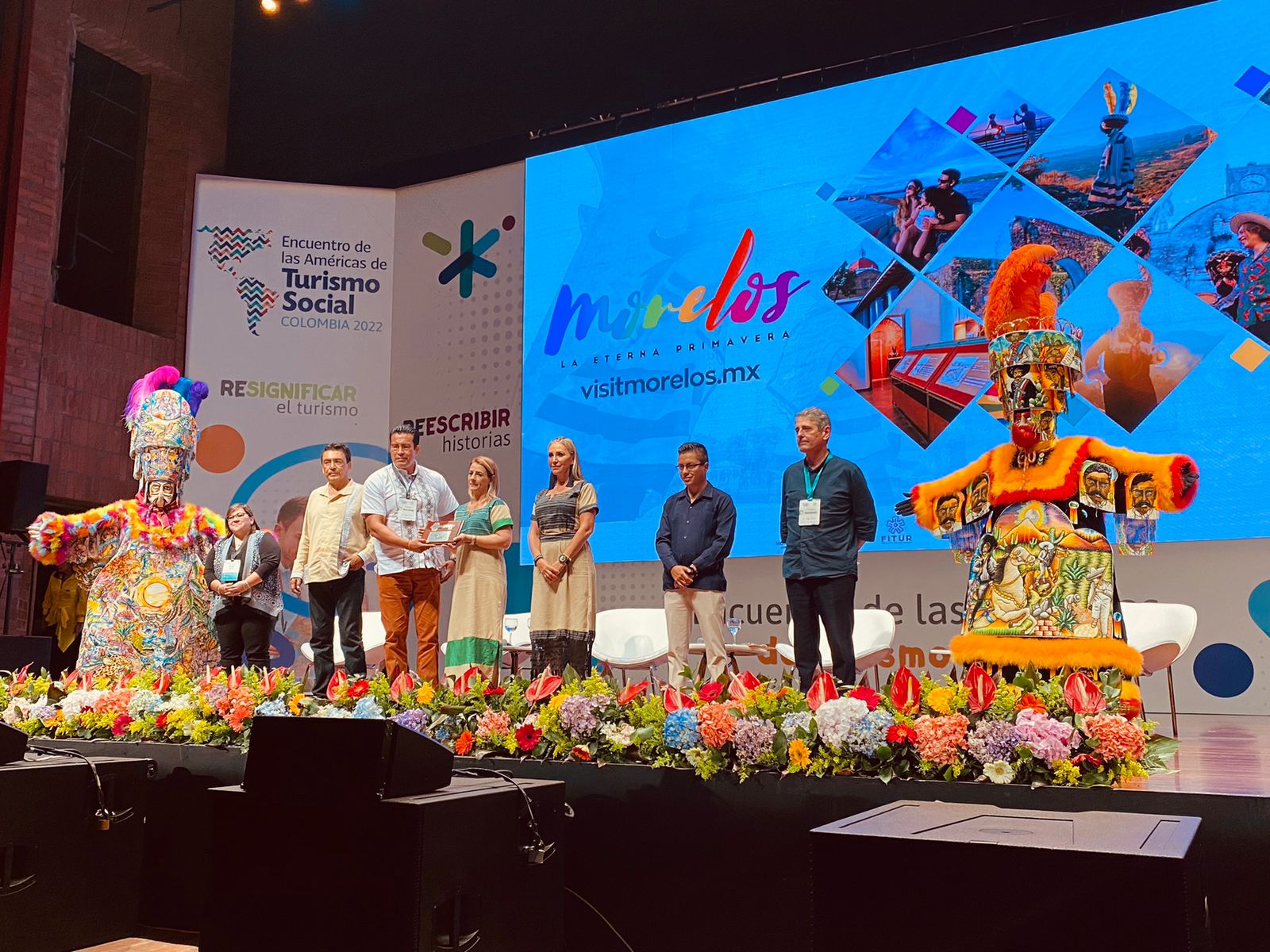 The 2022 edition of the Encuentro de las Américas de Turismo Social in Colombia continued on 29 and 30 of April with technical visits. These included touring the Comuna 8 neighbourhood, visiting the Casa de la Memoria museum, discovering the lived experience of “silleteros” - who are integral figures in the Antioquia region’s heritage - and discovering Rutas de Siembra, the international collaboration led by Comfenalco Antioquia. 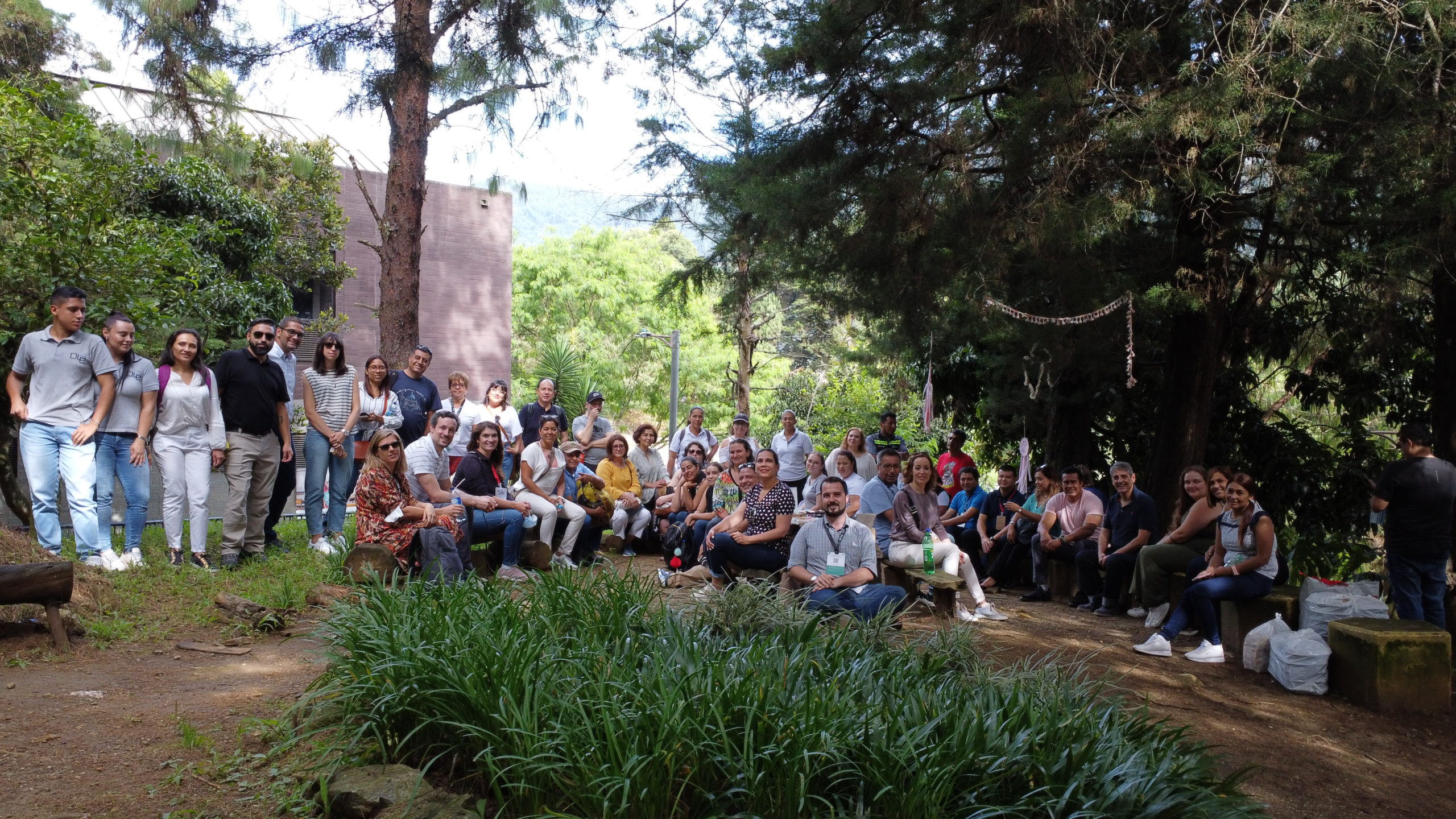 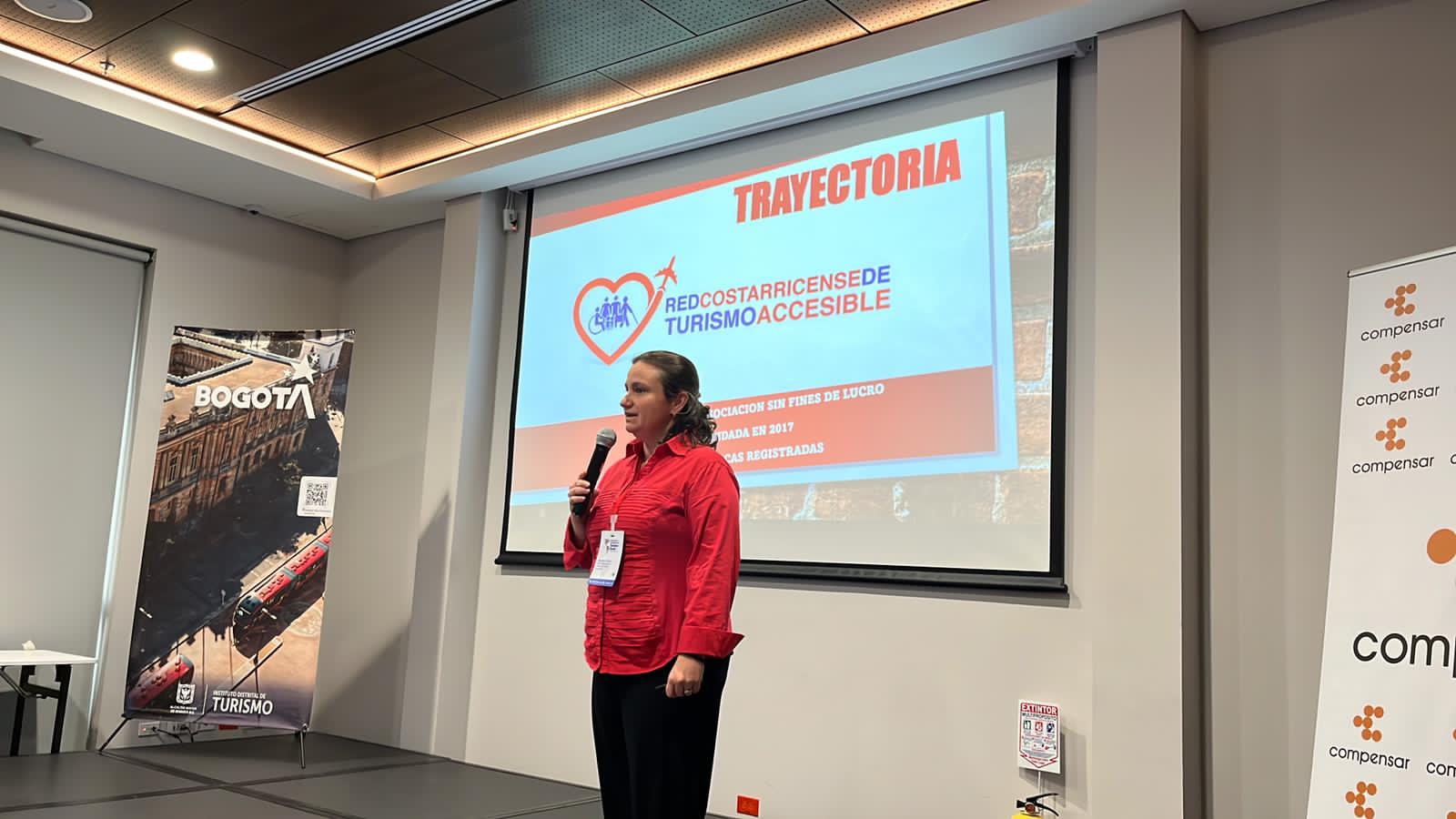 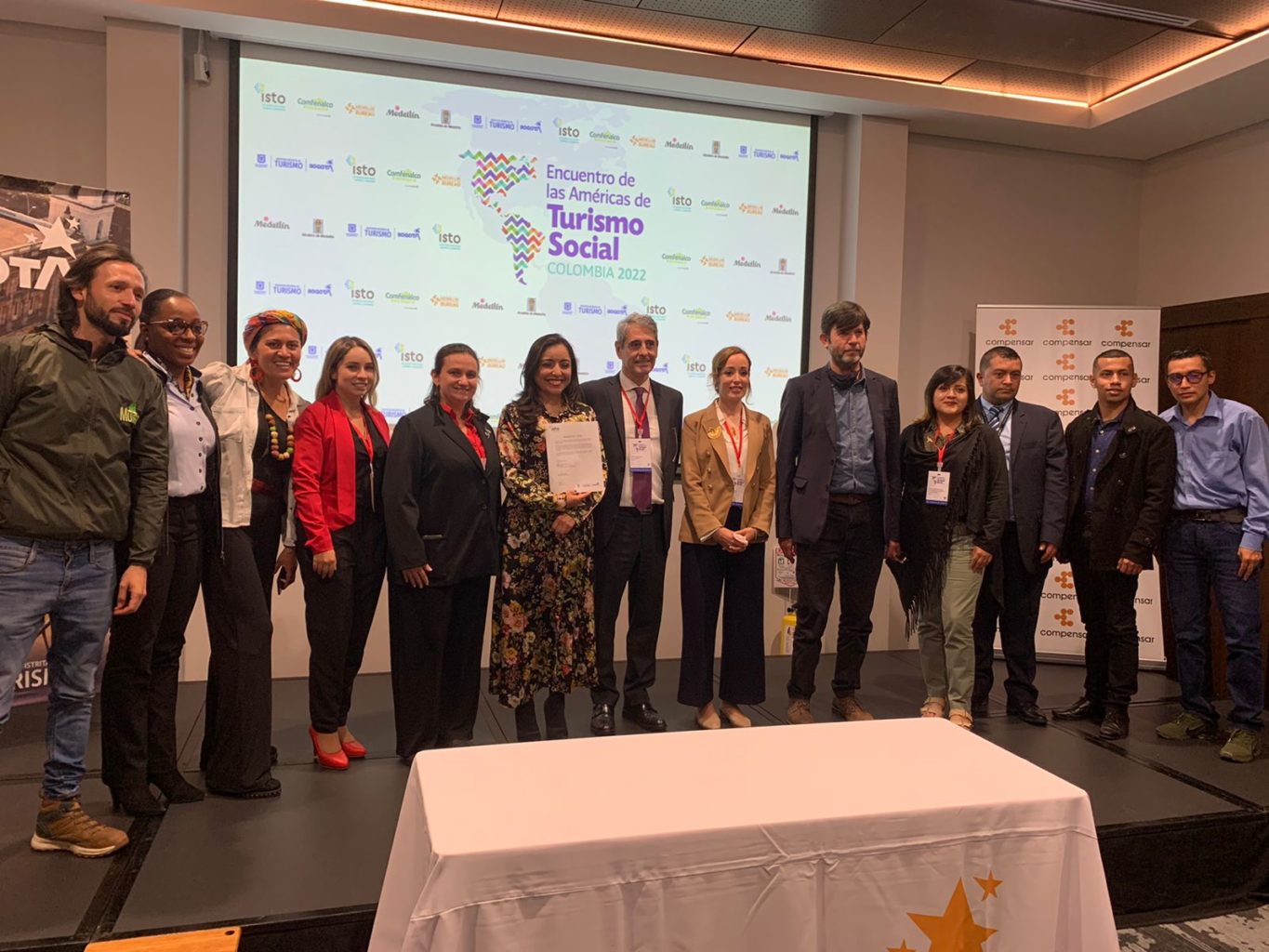 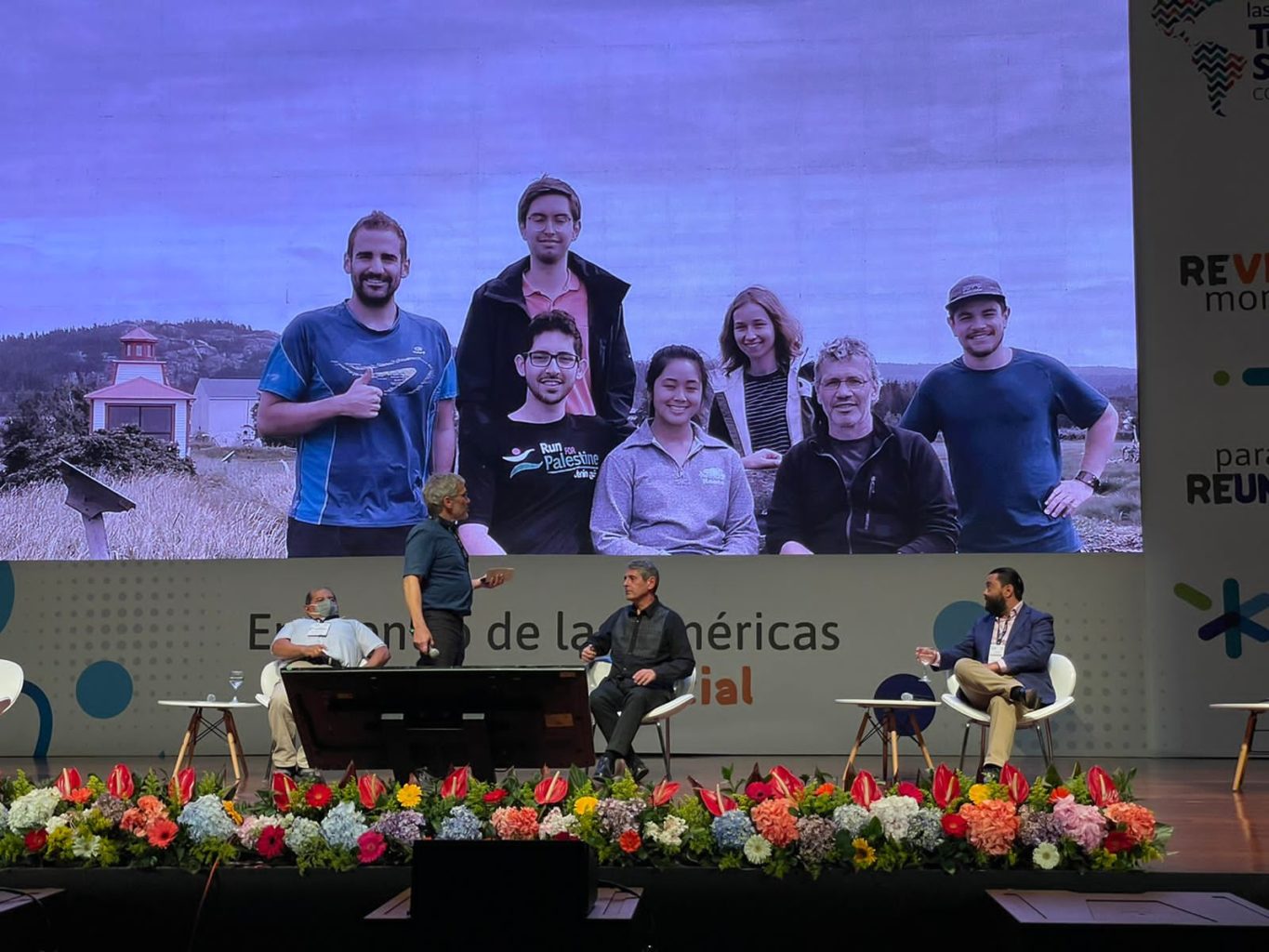 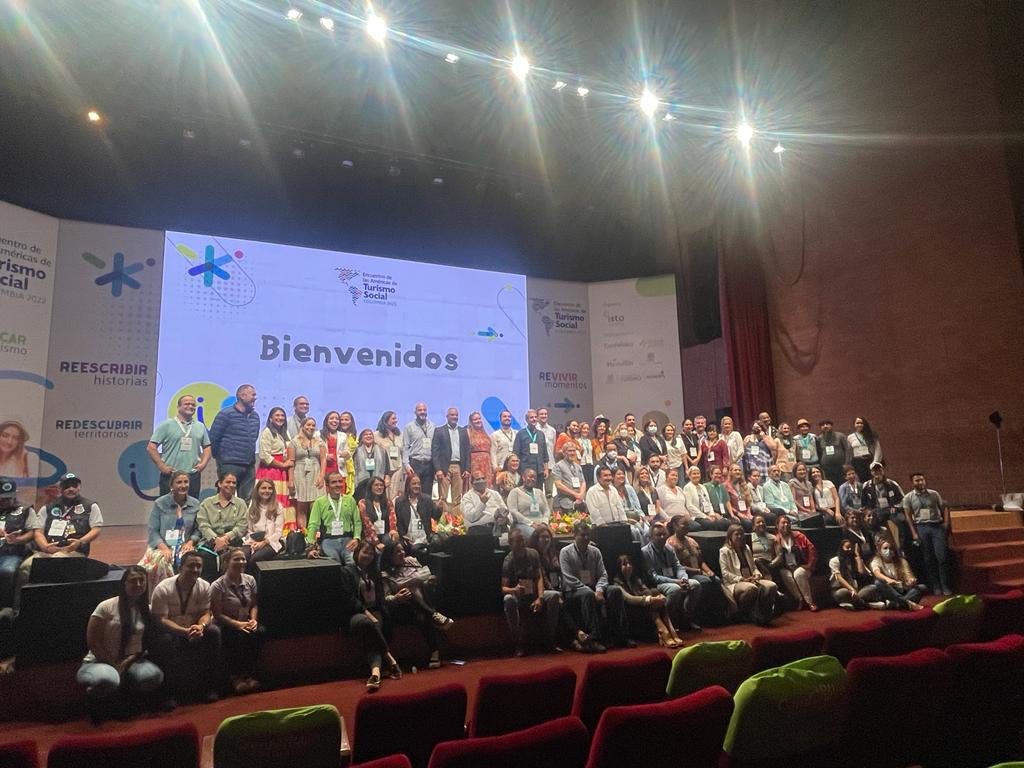 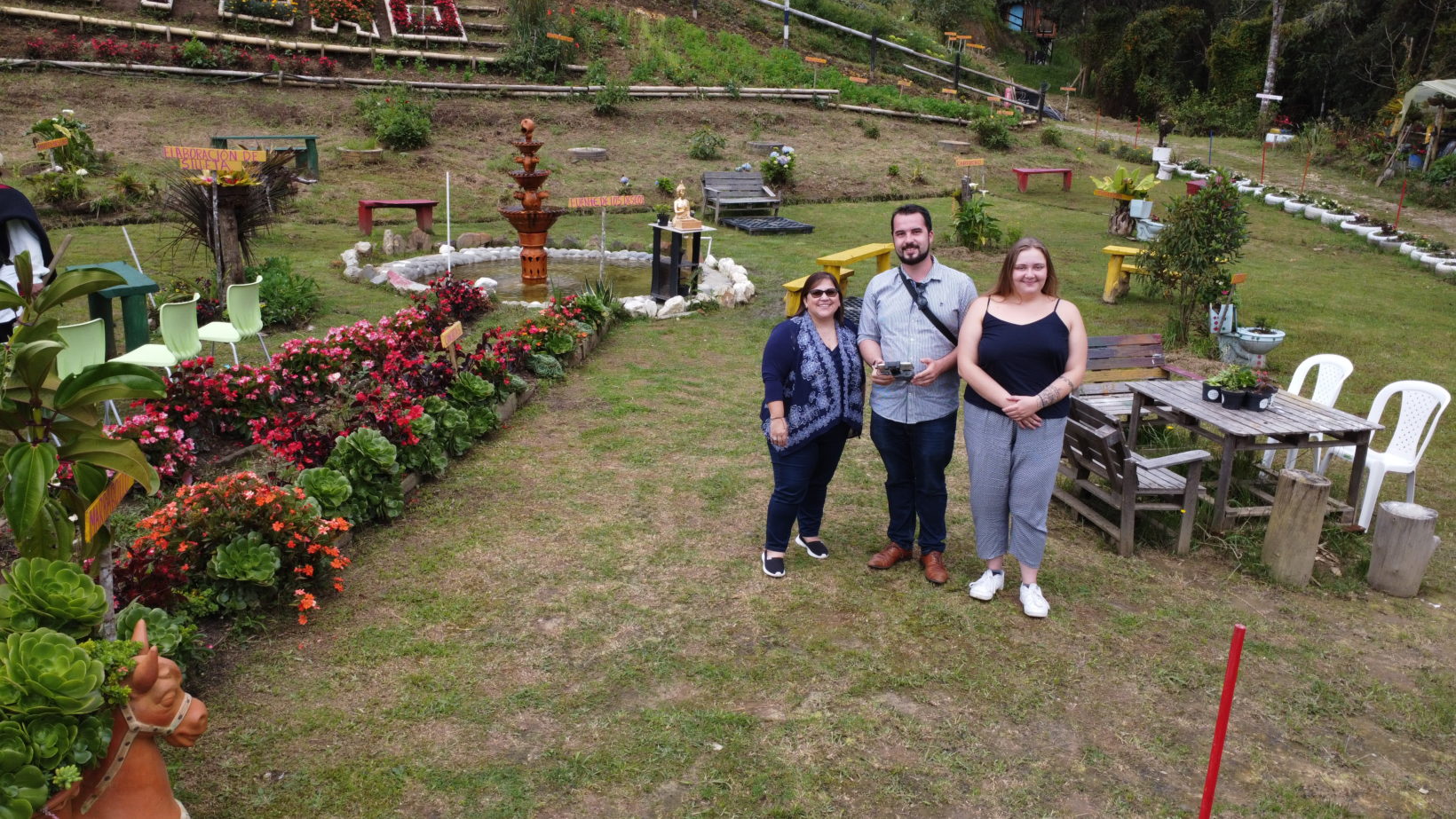 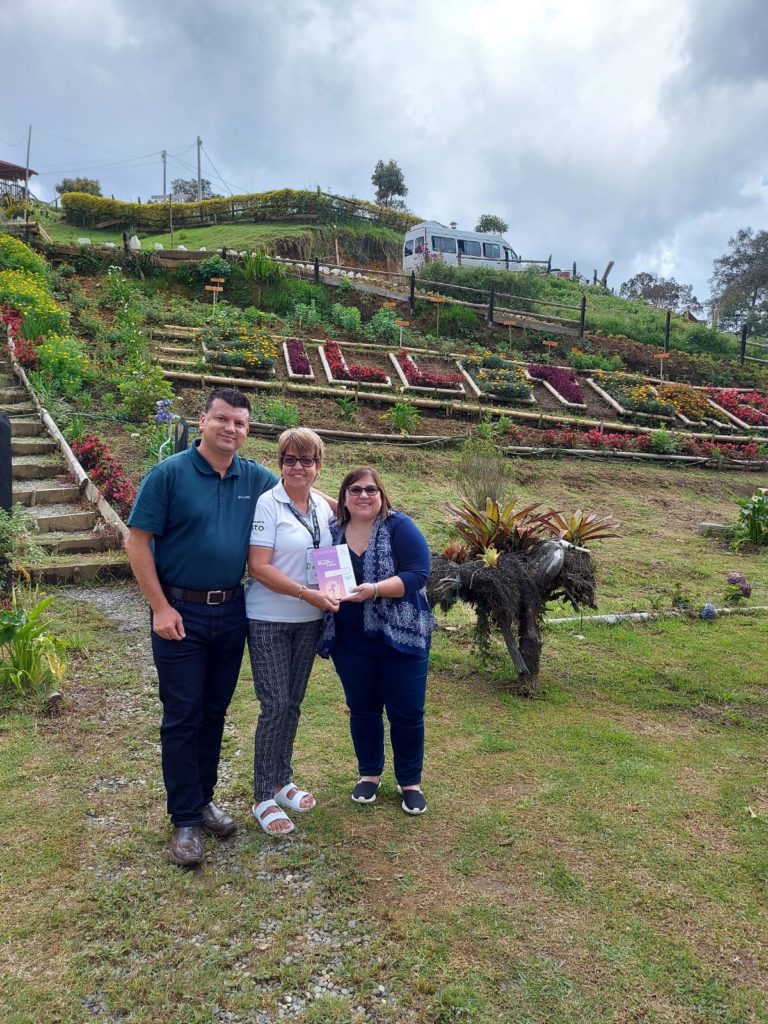 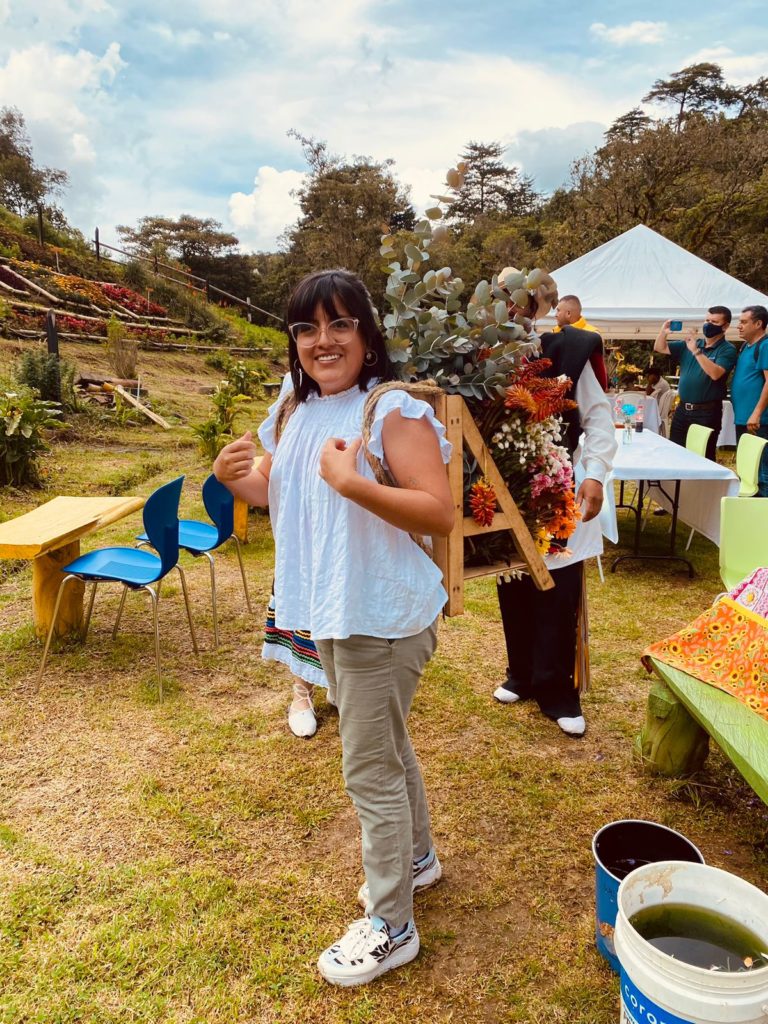 The 2022 edition of the Encuentro de las Américas de Turismo Social in Colombia generated over 140 news articles and social media publications. Several articles were also published by ISTO’s members and partners, as well as by Colombian and Latinamerican news outlets: