On June 4 and 5, 2019, on the eve of the 75th anniversary of the Allied Landings in Normandy, the Normandy Region organized a second World Peace Forum in Caen (Normandie pour la Paix), whose more specific theme was "Peace Makers". 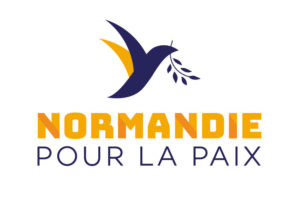 Four Nobel Peace Prize winners, Denis Mukwege, Mohamed El Baradei, Leymah Gbowee and Jody Williams were invited to speak, along with many other personalities from France and around the world. Three plenary sessions and 30 thematic debates were held during the two days, on many fascinating topics, at the headquarters of the Normandy Region, in Caen. Nearly 5,000 people participated in these days and visited the "village for peace", which brought together many public and associative actors. For the first time, one of the thematic debates was devoted to the theme of "sustainable tourism, a passport for peace? " the UNWTO Global Committee on Tourism Ethics was invited to participate in this debate. Its president, Pascal Lamy, who could not be present, gave way to Jean-Marc Mignon, member of the committee (and ISTO honorary) to represent this committee. This debate, moderated by Sandrine Mercier, editor-in-chief of the magazine "A / R magazine voyageur", brought together, in addition to Jean-Marc Mignon, Vincent Fonvielle, president of ATR (Act for a responsible tourism) and founder of the tour operator La Balaguère, and Julien Buot, General Delegate of ATR. The president of ATES (Association for Fair and Equitable Tourism), member of ISTO, Gilles Béville, also intervened. This debate underlined how much it is firstly peace that allows the development of tourism, but also to say how much, according to the speakers, responsible tourism is much more conducive to the establishment of positive relations, without tensions, between visitors and the populations of the countries visited. Jean-Marc Mignon also had the opportunity to present the global code of ethics of tourism and to highlight the particular role of social tourism actors. The Forum ended with an intervention by the French Minister for Europe and Foreign Affairs, Jean-Yves Le Drian.

Tours in the liberated lands, between beauty and resistance to the mafias

ISTO's contribution to the EU Transition Pathway for Tourism