A renewed Board of Directors will be seated following this meeting of the Members of the Americas which took place on Tuesday 22 June 2021.

The annual general meeting of ISTO Americas, which was held within the framework of the second edition of the International Week of Fair and Sustainable Tourism for All, was the occasion to present to the members of the Americas the actions carried out during the period 2020-2021 as well as the financial statements for the year 2020 and to inform them about the actions to come. It was also a rich moment of exchange and sharing, where the members also proceeded to the renewal of its board of directors.

The Serviço Social du Comércio Sao Paulo - Sesc Sao Paulo in Brazil, represented by Flavia R. Costa, decided not to stand for election in order to allow other member organisations in the Americas to sit on the Board.

The President of ISTO Americas, Sergio Rodríguez, underlined the important contribution of Sesc Sao Paulo during all the years of involvement in the Board and thanked Flavia R. Costa for her great commitment.
Finally, this meeting was also the occasion to welcome 5 new members, from Colombia, Guatemala, Mexico and Panama.

Congratulations to the directors of ISTO Americas and welcome to the new members in the Americas! 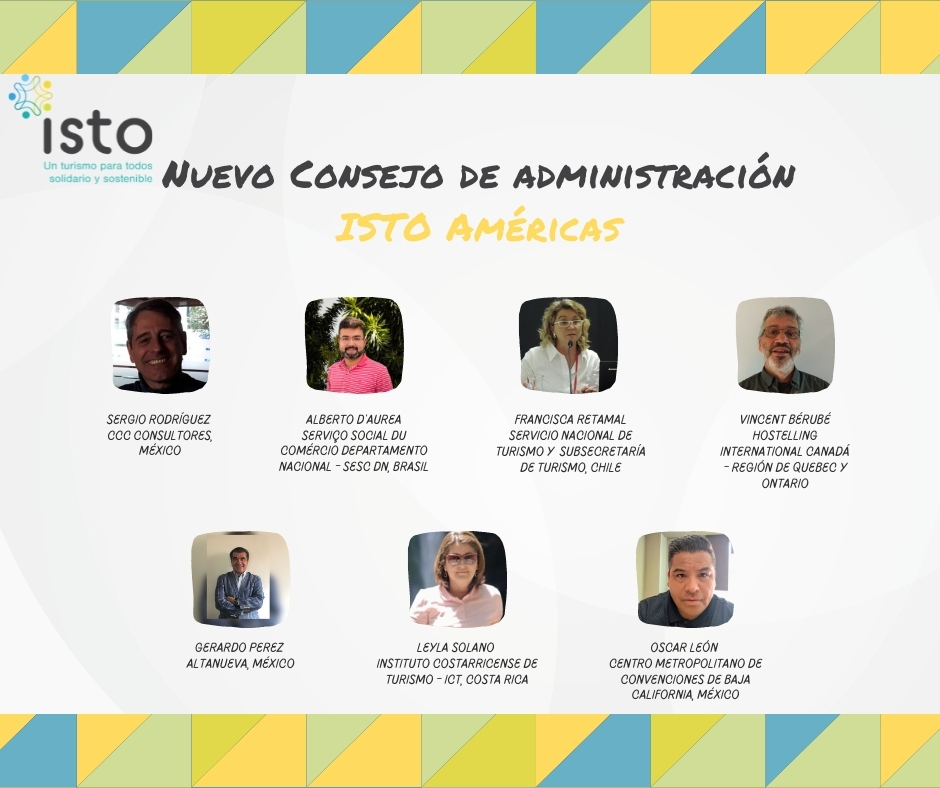