Borders closed, planes were grounded and youth hostels in Wallonia and Brussels closed their doors. The young people stayed at home and it was the pictures of the view from their windows that made the trip around the world. The teams of the Hostels are temporarily unemployed and this is financially a hard blow for our association, but the questions are animating us and consciences are waking up to help young people to build a more responsible way of travelling...

Will this crisis have a lasting impact on the way young people travel tomorrow? Will they develop a taste for shorter and closer trips? Time will tell...

At Les Auberges de Jeunesse (Youth Hostels), we remain convinced that the travel experience is a learning experience for life. As we emerge from the crisis, our hostels will be strengthened in their various missions. As in the past, as in
their origins, the Youth Hostels will participate tomorrow in the encounter between young people and the discovery of diversity. Since the beginning of this confinement, we have been working to set up a Citizen Tour through the 9 youth hostels of our association.

The idea is that of a journey in autonomy and roaming which allows the participants to :

For our association, it is a project that allows, among other things:

It is a project that was planned for a while, but has taken on its full meaning with the current climate crisis: the challenge for this summer is to offer Belgian tourists responsible and attractive holidays close to home. 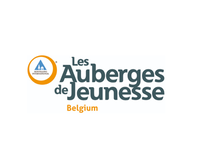 ISTO hosted its General Assembly 2022 online with more than 80 participants!