The City of Puebla, through the Secretariat of Tourism (ISTO member), promotes the 200th anniversary Festival of Chile en nogada.

Gastronomy is a driver of the territory through the strengthening of the value chain, something that is of great interest to the development of the community. In support of members in their social development initiatives through solidarity, sustainable and socially responsible tourism, ISTO Americas was present with the participation of its president, Sergio Rodríguez, in the launching of Chile en nogada Festival. Other organisations supporting these actions are the Federal Secretariat of Tourism (ISTO member) and the Conservatory of Mexican Gastronomic Culture.

Puebla celebrates 200 years of the chile en nogada legend, a theme that has to do with the fight for independence on 27 September 1821. ISTO Americas supports this initiative as part of the actions to put tourism at the service of communities and territories. Supporting gastronomy, the driving force of the local value chain, makes it possible to distribute wealth and boost the production capacities of the area thanks to tourism with a gastronomic-cultural interest. For tourists, gastronomy is an element of travel satisfaction, for promoters and marketers it is a factor of attraction, but for social tourism it is an activity that strengthens the social fabric, the local and native productive structure, culture and customs, fair trade and local identity.

The Secretariat of Tourism of the City of Puebla has invited ISTO to be part of the organising committee and to act as advisors so that the event really benefits Puebla and its citizens. There will be horseback rides, conferences, a gastronomic festival in restaurants and a traditional and popular cooking contest that recovers family recipes. It is expected to attract up to 3 million diners in restaurants, inns, markets and diner restaurants during the season, which starts in July and ends in September. Chile en nogada is said to be a dish designed especially to celebrate independence, as it has the colours of the Mexican flag, but is, above all, a symbol of national fusion. 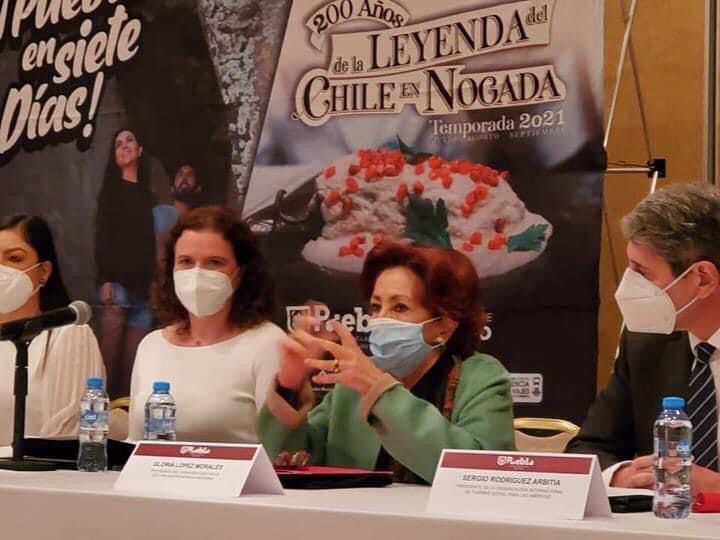